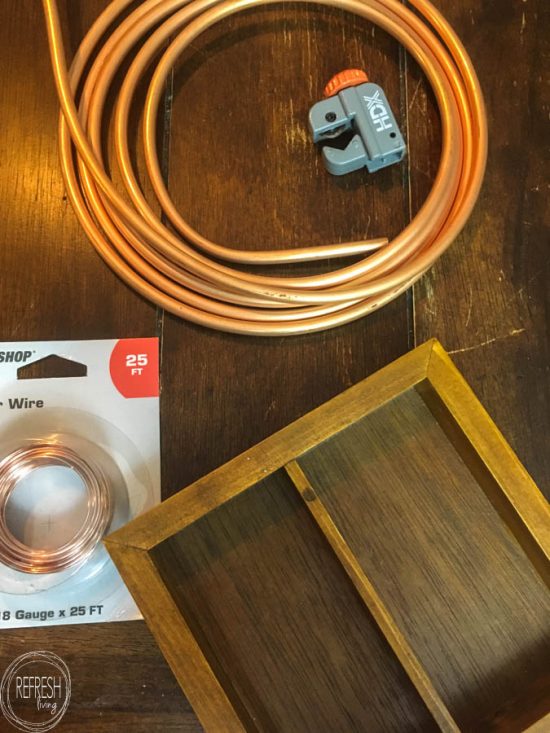 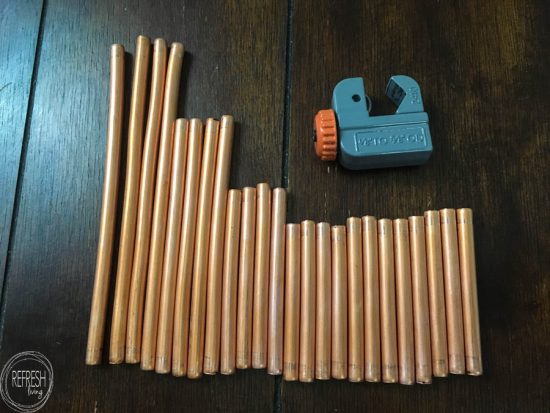 To start, I used the pipe cutter to cut 20 pieces of copper tubing, making sure that I used the same length for four pieces at a time.  The largest four were cut to fit on top of my wooden tray.  The next two sets of four were  slightly smaller than the set before, and the last twelve tubes were the same size. 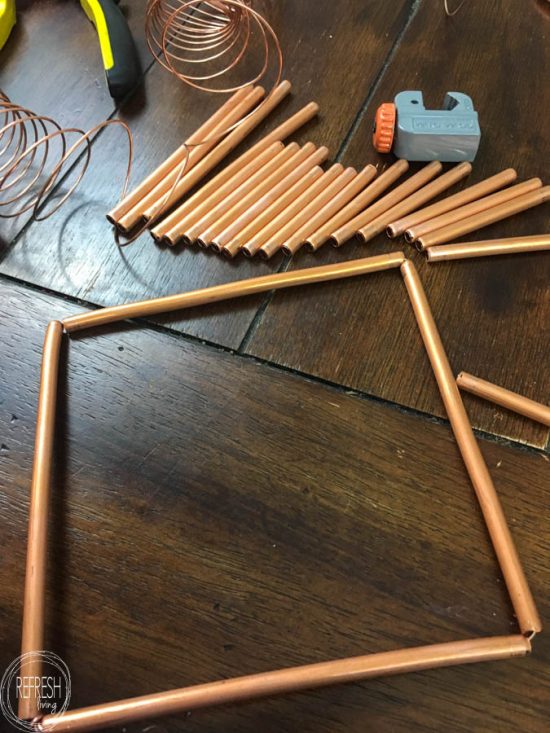 I thread the copper wire through the four tubes and bent the wire at the corners.  To attach the two ends, I just twisted them together and thread the extra bit back into the tube. 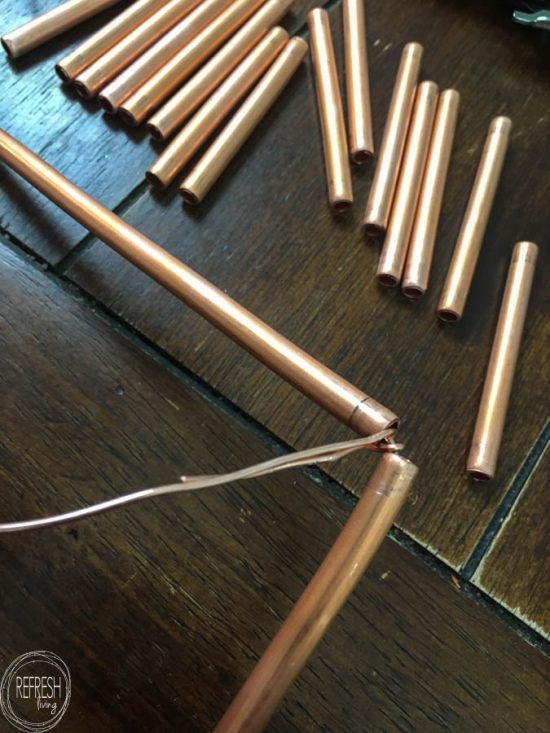 To make the first upright brace, I wrapped a piece of wire around one corner, and then thread three of the smallest tubes onto the wire. 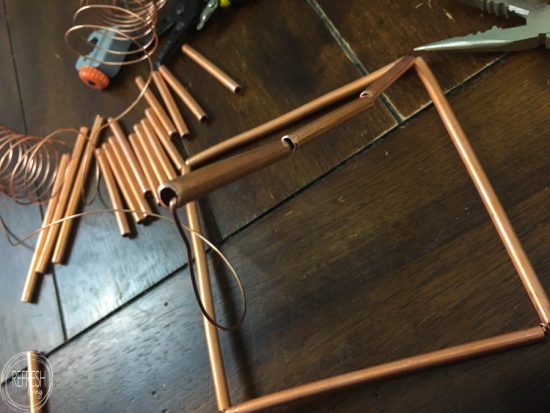 After those three tubes were threaded, I bent the wire at the top, and then added three more of the smallest tubes. 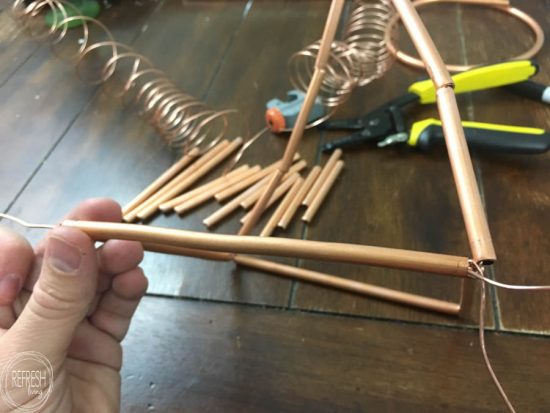 To attach it to the base tubes, I just twisted the wires around the bottom wire, and then thread the ends into the opposite tube. 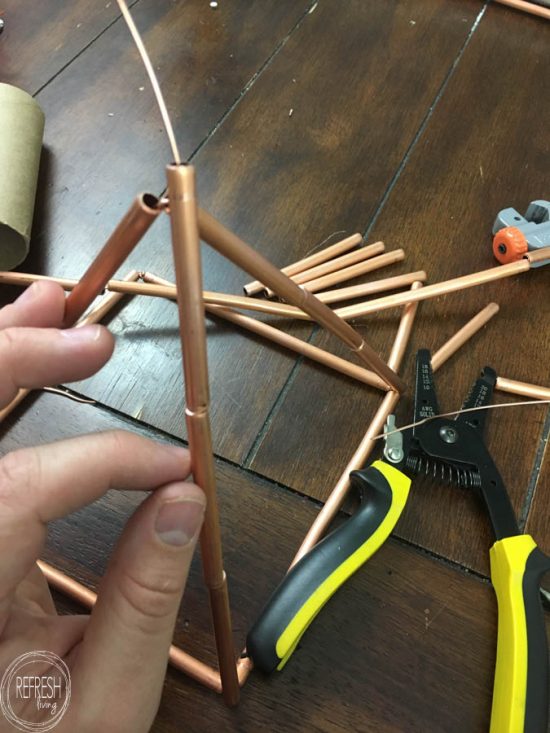 I repeated the same process with the six other small tubes. 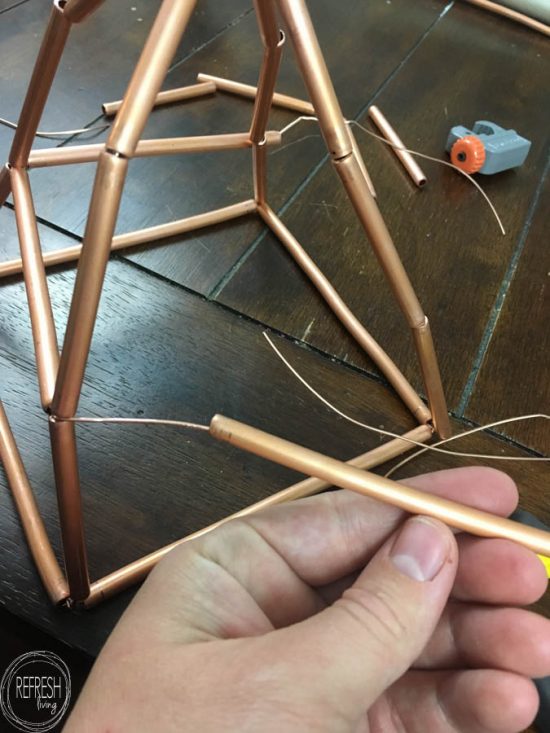 For the first set of horizontal crossbars, I twisted the wire around the wire between the two pipes, and the threaded the tube on.  I repeated this same process for all four corners. 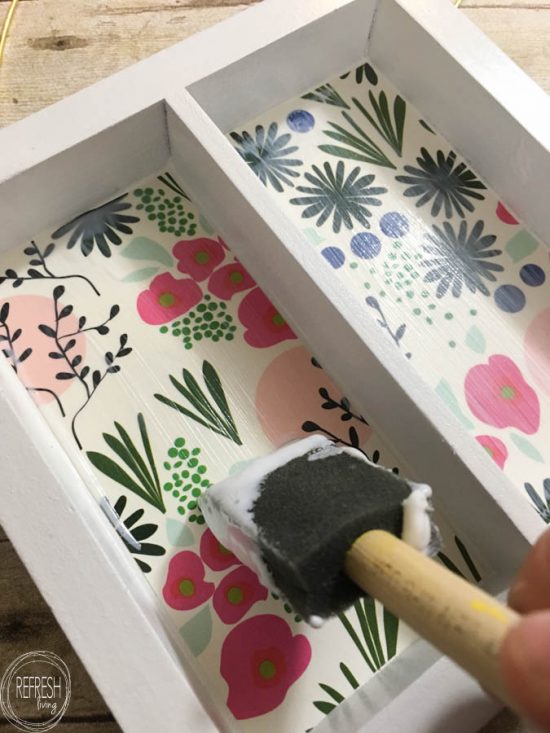 I spray painted the wooden tray, and once it had dried, I use Modge Podge to attach and seal the paper.  I also spray painted a toy giraffe to finish off the jewelry holder. 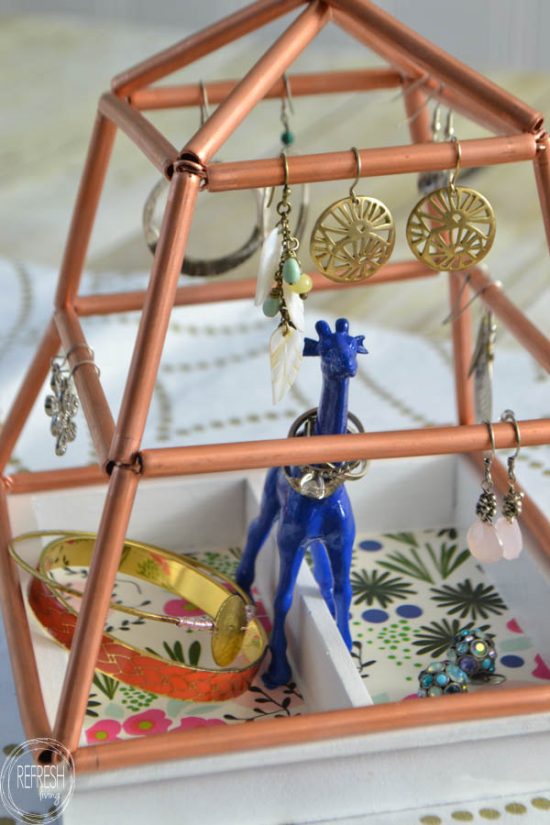 It turns out the ears of this giraffe were just a tad too wide to fit my rings around the head, so I gave them a little trim.  I felt a little guilty, but not nearly as bad as when I had to saw some animals in half to make my animal butt coat rack! 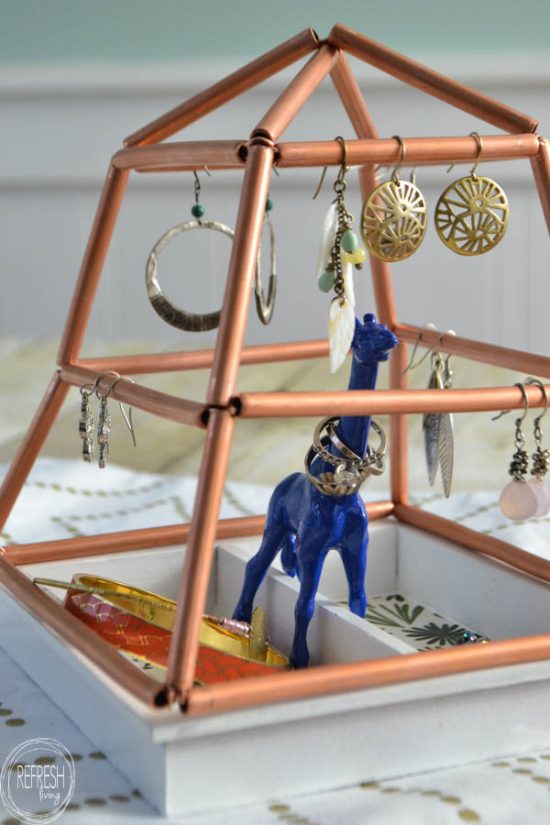 Unfortunately, when I went to use some of my earrings to hang on this holder, I realized I have so many incomplete pairs.  Of course, all the ones I am missing were some of my favorite ones, but there’s never a chance of finding lost earrings in a school.  Too many shuffling feet in the rooms, hallways, and bathrooms and one large broom at the end of the day. 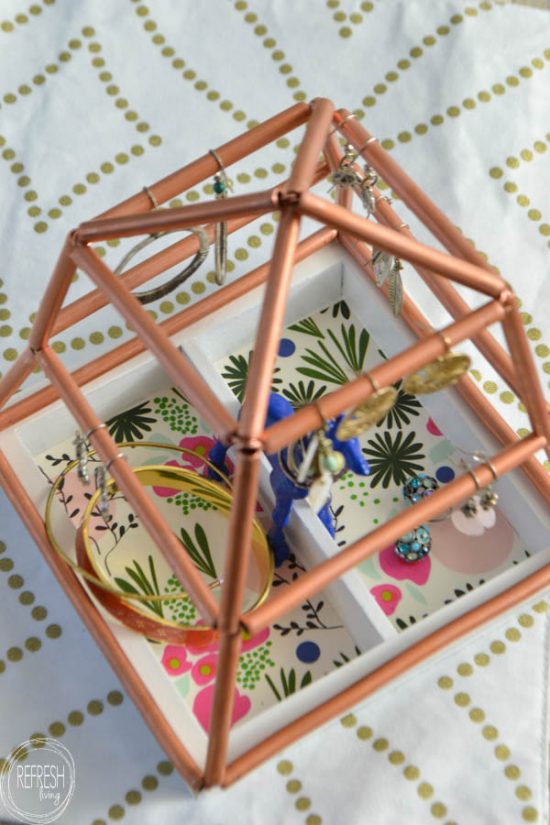 I should probably just get rid of all my lonely earrings without a mate, but I just can’t do it!

If you've wrestled with this same (albeit odd) que

I didn't stage this! I was looking through old pho